As always, Scalapino pushes beyond any easy sense of essay. What unfolds here is the startling unexpectedness of thought, articulated in visual and verbal forms that confound genre categories. In this book, Scalapino creates fields for thinking-as-perception, in which the poem emerges from the essay as counterpoint and newly forming foundation. The complex of disparate parts creates working models for a social formalism.

Scalapino, who passed away in 2010, leaves behind in How Phenomena Appear to Unfold not only a summa poetica for her philosophy of composition but also a living record of the intricate thought processes that shaped her life since its first publication in 1989… How Phenomena Appear to Unfold contains the shining residue of a life lived in its minutest particulars, one resolutely open to an “ecology of porous exchanges” between the reader and herself.

Praise for How Phenomena Appear to Unfold

In “Eco-logic in Writing,” one of many brilliant essay-talks in this volume, Leslie Scalapino asks, “Seeing the the moment of, or at the time of, writing, what difference does one’s living make?” What more crucial question for those concerned not only with writing but with poethics: composing words into a socially conscious wager. For Scalapino the essay is a poetic act; the poetic act, essay. It’s in that combination that her textual eros—the lush beauty of it!—could reject aesthetic purity and risk the rawness of genuinely new thought, touching what she called “the rim of occurring.” “Writing on rim” is a celebration of the wondrous present, but requires agonistic struggle with the ugly—poverty, war, institutional brutality, racism, sexism, homophobia. Scalapino’s Steinian strategy of recomposing the vision of one’s times, “altering oneself and altering negative social formation,” is her artfully problematized project of writing ourselves into a better future. With compassion and humor, Scalapino was indeed living on the rim of occurrence. That is the living in the writing that produced this work—its fundamental optimism and ebullient credo: “The future creates the past.”

Where critics used to debate, as if it were a real thing, a difference between form and content, so now they would separate “theory” from “practice,” and thus divide a poet from his or her own intentions and poetry from its motives. But in fact poetic language might be precisely a thinking about thinking, a form of introspection and inspection within the unarrested momentum of experience, that makes the polarization of theory and practice as irrelevant as that of form and content, mentality and physicality, art and reality.

Leslie Scalapino is one of a certain number of contemporary poets who have engaged in the struggle, not against distinctions but against the reification of false oppositions. Her work, in her volumes of poetry and in the collection here, is a thinking and a thinking about that, including small details and larger continua; these essays (works) are an essential testament to poetry and to its embodiment, and the book is an important contribution to the singularity and wholeness of her project.

Everything conceives of what Leslie does. It’s one of the functions of literature to take us in and out of time. She writes directly at the subject from inside it. Remembering forgets even itself when taken out of time.

Leslie Scalapino’s writing is grounded in a singular and acute critical intelligence. It is work which challenges the conventional limits of genre and subject, even as it interrogates the surfaces and spaces of everyday life, revealing the simultaneity of the “floating”—or hidden—world beneath. The essays and plays collected here represent a richly imaginative extension of that exploratory project. 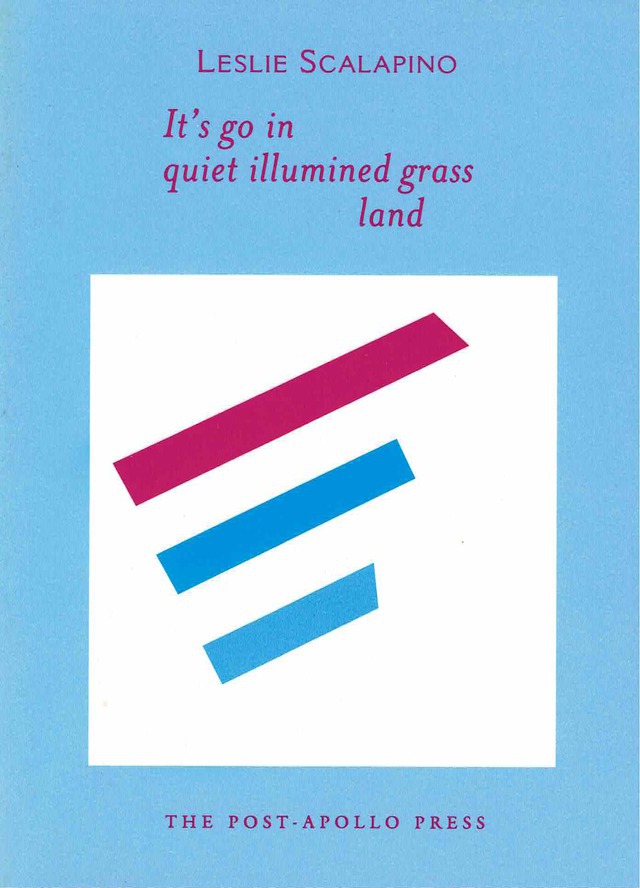 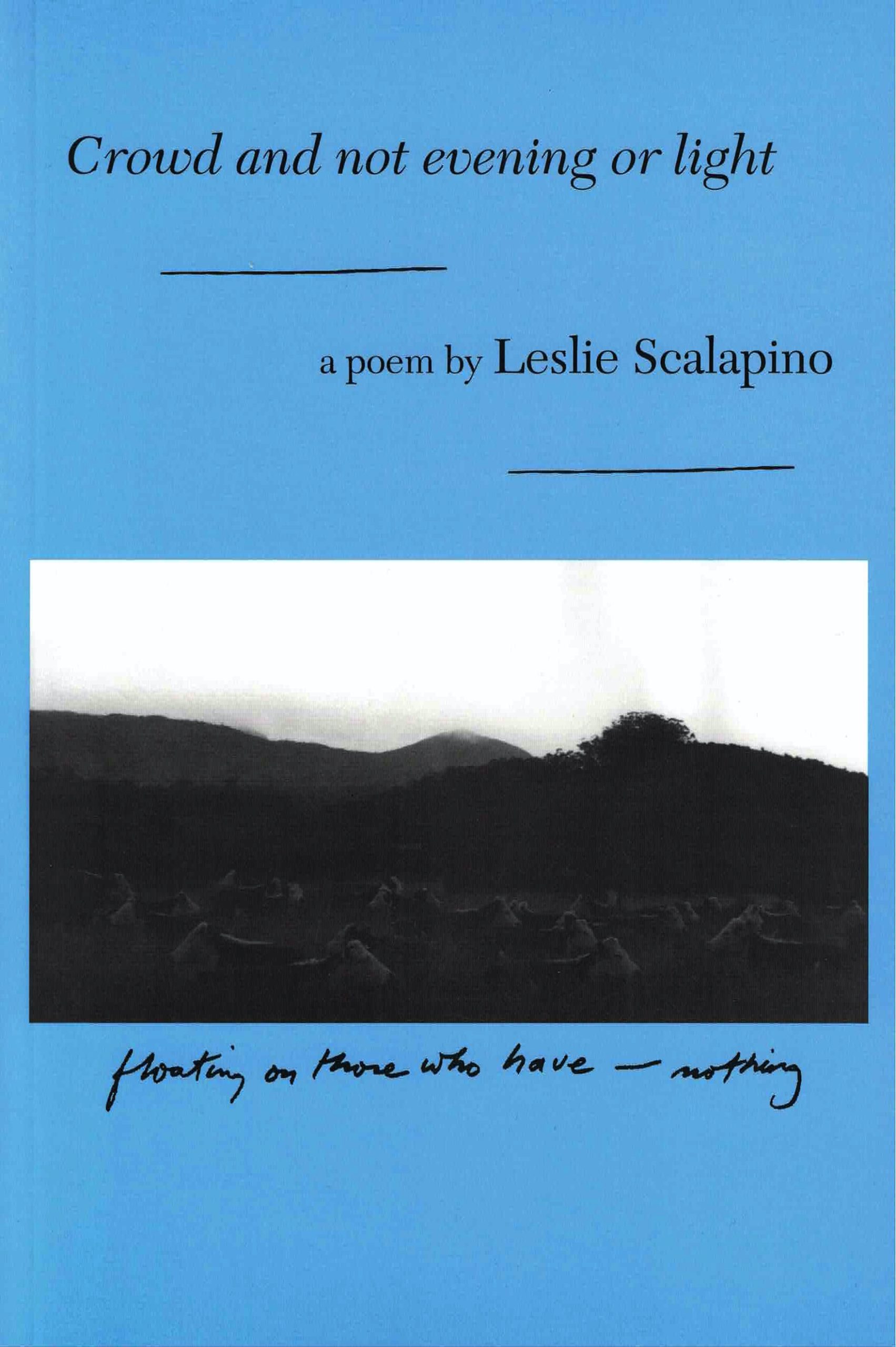