Leslie Scalapino’s Crowd and not evening or light is comprised of poetry and poems that are plays which open a terrain of action which is stillness and turmoil together on the written page. The title sequence is phrases to photographs taken by the author as if photographing the inside of dense phenomenal existence floating, which is intended to be just looking at vast space inhabited. The flatness and stillness of the crowds seen standing in water are reflected back in the written text.

How does a poem function that consists of handwritten texts interspersed with photographs?  When the texts can face any direction on the page, including upside-down?  When the photographs – which are amateur snapshots – are cropped to many sizes and can also be stood on their sides?  When the written text refers to “wading in the grass,” a drunk, a corpse, and other seemingly unrelated subjects, while the photographs depict people standing on sandy beaches or wading through low, gentle surf?…[I]t is the very nature of meaning itself that we are forced to reassemble as we read.

Praise for Crowd and not evening or light

Leslie Scalapino is a stunningly original writer. Poised on an edge between space and claustrophobia, this poet bears stark witness to the broken narratives of thousands dead or off shore. Crowd and not evening or light scatters literary criticism, drama and the photographic index across a wilderness of everyday language like love.

Crowd and not evening or light is a participation that partakes of experience, a watching listening in thinking, only they’re not separate(d). Leslie Scalapino’s writing practice is a close and worldly work, “the explanation of explanation,” the unfolding implications of the intimate world of clauses and images, their orders: changed orders of the phenomenal world, the visual and verbal language becoming them.

The Russian formalist Victor Shlovsky long ago pointed out that the familiar, in its familiarity, becomes invisible—automatized, as he put it—and that it is the role of art to make the world visible again. It is Leslie Scalapino’s discovery that anything seen, in being seen, becomes unfamiliar. The resulting disorientation is not distance from living but involvement with it. The works in this collection reflect on a living among awful funny things which are by convention flatly accepted. Scalapino leave the milieu of acceptance in place (because it is there), but disconcerts it by unflattening the “things” within it. In part this is achieved through a tension and release of observation (and its equivalent thought) which is erotic—or rather, eroticism is analogous to daily experience, in the sense that one can see that one’s lover is terrifyingly unlike oneself everyday. The book ends with the title poem, Crowd and not evening or light, a work in phrases and photographs (also by Scalapino), in which the stasis (formulation) and movement (extension) of thought as reflection (hence the aptness of the photographs) is beautifully displayed. The entire collection makes a remarkable and wonderful book from a poet whose work I myself deeply admire—something I am happy to have had a chance to say in public.

A research in being comes

at continual saying in turn

over time, the creature moves

in a shock study that begins, let it

she will have known

there must be spoken change. 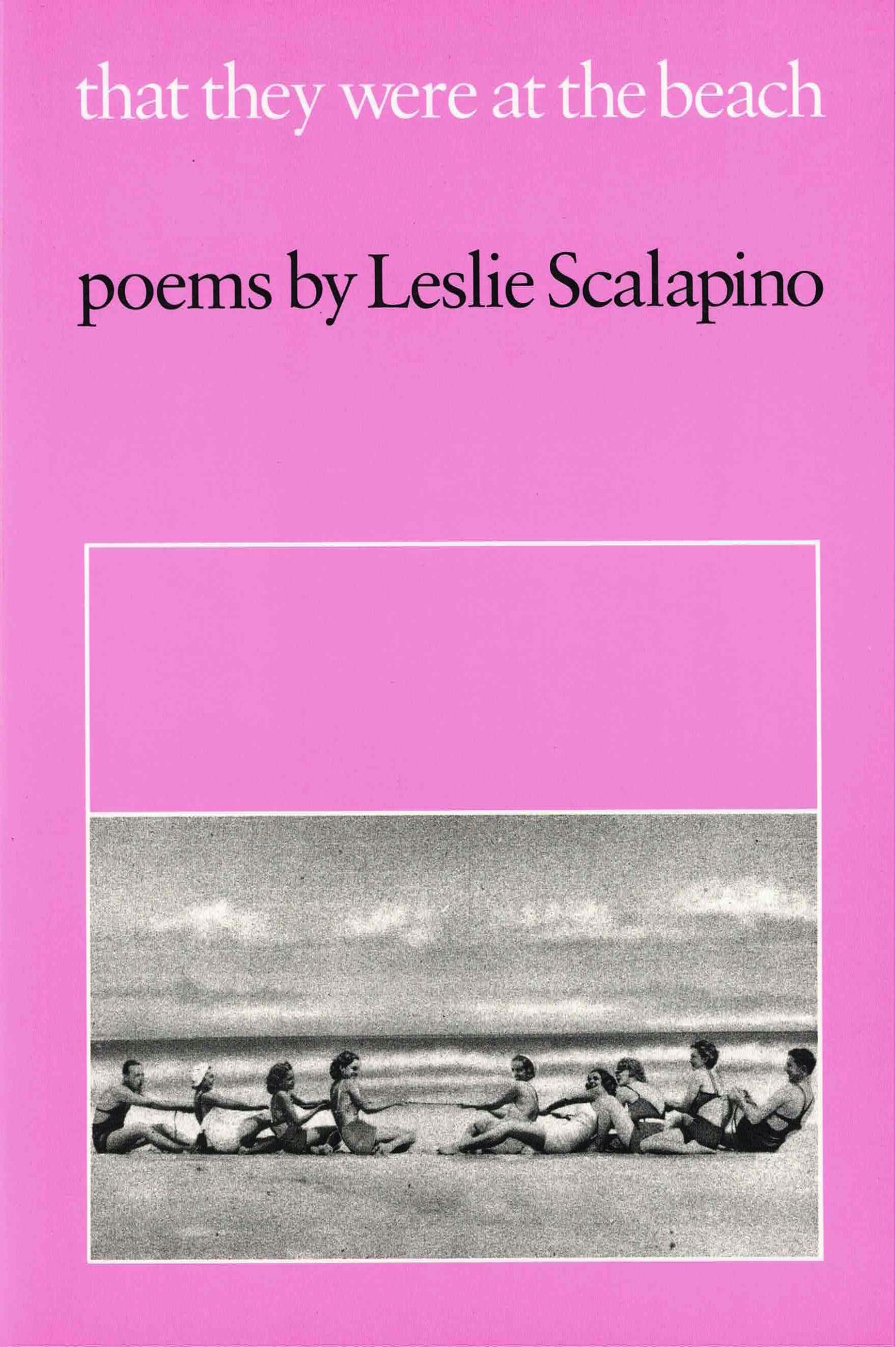