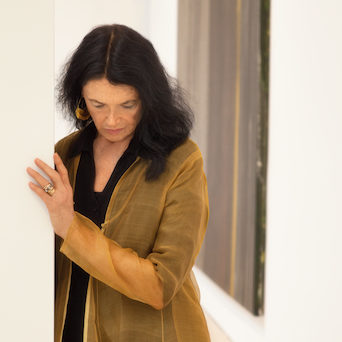 Anne Waldman is a poet, performer, professor, literary curator, cultural activist has been a prolific and active poet and performer many years, creating radical hybrid forms for the long poem, both serial and narrative, as with Marriage: A Sentence, Structure of the World Compared to a Bubble, and Manatee/Humanity, and Gossamurmur, all published by Penguin Poets. She is also the author of the magnum opus The Iovis Trilogy: Colors in the Mechanism of Concealment (Coffee House Press 2011), a feminist “cultural intervention” taking on war and patriarchy which won the PEN Center 2012 Award for Poetry. Recent books include: Voice’s Daughter of a Heart Yet To Born (Coffee House 2016) and Trickster Feminism (Penguin, 2018). She has been deemed a “counter-cultural giant” by Publisher’s Weekly for her ethos as a poetic investigator and cultural activist, and was awarded the American Book Award from the Before Columbus Foundation for Lifetime Achievement in 2015.  She has also been a recipient of The Shelley Award for Poetry (from the Poetry Society of America), a Guggenheim Fellowship and the Elizabeth Kray Award from Poets House, NYC  in 2019.  She has also been at the forefront many decades in creating poetic communities and has focused on the necessity of archival practices to insure the memory of some of the 20th and 21st century’s most precious literary histories and oral recordings. She was one of the founders of the Poetry Project at St Mark’s Church In-the-Bowery, and its Director a number of years and then went on to found The Jack Kerouac School of Disembodied Poetics at Naropa University with Allen Ginsberg and Diana di Prima  in 1974 and went on to create its celebrated MFA Program.  She has continued to work with the Kerouac School as a Distinguished Professor of Poetics and Artistic Director of its Summer Writing Program.  During the pandemic she and co-curator Jeffrey Pethybridge have created the online “Carrier Waves” iteration of the famed Summer Writing Program.  She is the editor of The Beat Book and co-editor of Civil Disobediences: Poetics and Politics in Action, and Beats at Naropa and most recently, Cross Worlds: Transcultural Poetics. She is a Chancellor Emeritus of the Academy of American Poets. She has collaborated with a number of artists and performers and dancers, including Judith Malina of  The Living Theatre, Douglas Dunn, Elizabeth Murray, Pat Steir and Richard Tuttle, Meredith Monk,  Laurie Anderson, son Ambrose Bye, and nephew Devin Brahja Waldman with whom she founded the Fast Speaking Music band recording label.

She has worked with poet and photographer No Land on a number of projects, most recently “The Evening of the Day”, honoring musical producer Hal Willner, who  passed form covid-19 in April 2020. She makes her home in New York City and Boulder, Colorado and reads, performs and lectures online and, when safe,  in other parts of the world. Waldman has been a fellow at the Rockefeller Foundation’s Bellagio Center, a fellow at the Civitella Ranieri Foundation in Umbria, and has held the Emily Harvey residency in Venice. She has worked at the Institute of American Indian Arts in Santa Fe and at the Women’s Christian College in Tokyo. She taught at Brown University in the spring of 2018, as a “Professor of the Practice” for the Brown Arts Initiative and the Brown Literary Arts Departments.  She has presented her work at conferences and festivals around the world, including presentations in Wuhan, Beijing, Berlin, Paris, Madrid, Granada, Nicaragua, Prague, Kerala, Mumbai, Calcutta, Marrakech, Madrid, Hong Kong, and Hangzhou. She worked for the State Department lecturing at Muslim colleges in Kerala, and has worked teaching poetry to Berber School children in Marrakech, Morocco for the Tamaas Foundation. In the Fall of 2018 she organized a residency of young musicians, poets, translators to teach poetry and music in the village of Tlahuitotepec outside Oaxaca at the music school CECAM.  She performed and presented the Keynote address at The Jaipur Literature Festival in India, 2017, and curated a Vox Alto festival at the Casa del Lago (with sponsorship from UNAM)  in Mexico City in 2017. Her vinyl SCAIMACHY was released in 2020 in collaboration with the Levy Gorvy Gallery and Fast Speaking Music to critical acclaim. Patti Smith has called it: “Exquisitely potent, a psychic shield for our times.”The opera Artaud in the Black Lodge  with music by David T. Little and libretto by Anne Waldman will have its  premiere at Opera Philadelphia in 2022.  Waldman is featured in the documentary Feminists: What Were They Thinking? And has  a cameo in  Martin Scorcese’s The Rolling Thunder Revue, A Bob Dylan Story/ Criterion 2021. Forthcoming books: Bard, Kinetic, Coffee House 2021, and Mesopotopia, Penguin 2022. Her work has been translated into numerous languages, and she is a member of the Rizoma group of artist, musicians, poets, in Mexico City. She has been working regularly with the Brooklyn Rail with their New Social Media programming. Sanctuary, a zine of political texts and collages was published by Spuyten Duyvil in 2020. Songs of the Sons and Daughters of Buddha, translations from the Therigatha and Theragatha with Andrew Schelling, has been published in an expanded edition by Shambhala Publishers, 2020. 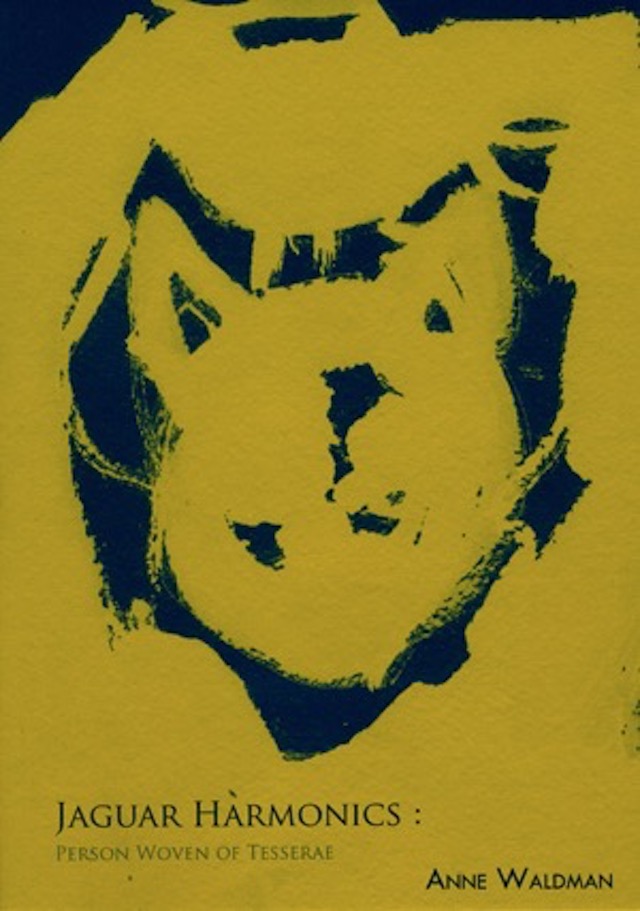