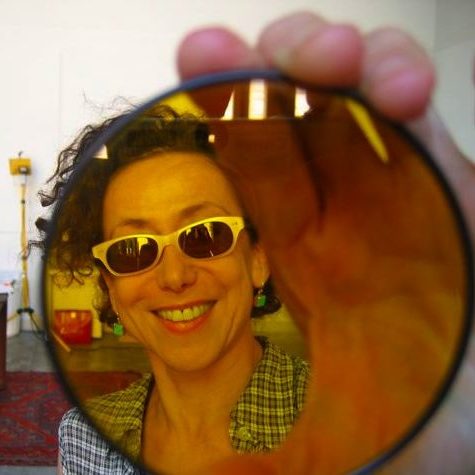 Abigail Child is a media artist and writer whose original montage pushes the envelope of sound-image-text. The author of five other books of poetry, among them A Motive for Mayhem (Potes & Poets Press, 1989) and Scatter Matrix (Roof Books, 1996) as well as a book of criticism This is Called Moving: A Critical Poetics of Film (University Alabama Press, 2005), her writing has appeared in many print and online journals and anthologies. Her films, compulsive visual and aural legerdemain, have been widely awarded and shown internationally. A Professor of Media at the Museum School, Boston, at Tufts University, she lives in Boston and New York.