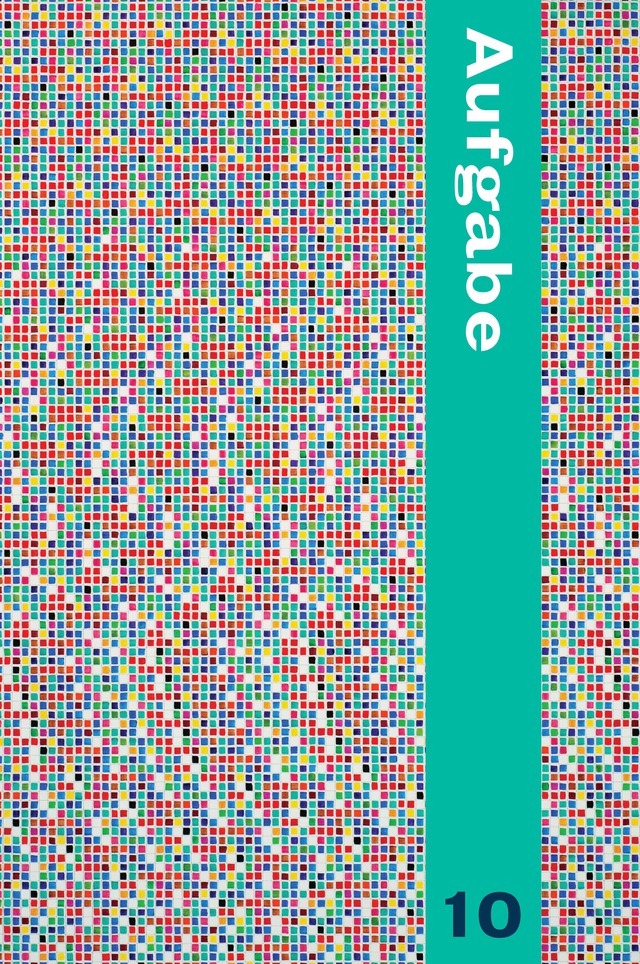 We’re excited to announce that all (re)issues of Aufgabe are now available on Jacket2 Reissues!

The task of recounting the work of Aufgabe is formidable. Founding editor E. Tracy Grinnell initiated the magazine in the Bay Area in 1999. Over the next fifteen years, Aufgabe has featured seventy editors, roughly 700 writers, nearly 150 translators, and twenty artists from twenty-three countries. The magazine was uniformly released from 2001 until 2014 in perfect-bound 6″ x 9″ format with one thousand copies printed per issue. In each issue, Aufgabe “challenges static cultural modes of thinking and being” through a dense global network of innovative poetry and poetics.

CONSTANT CONNECTION TO THE PAST BY THE PRINCIPLE OF FORM.
One person’s harmony is another’s brick wall. To beat his head against.
The past everywhere is preying on nervous systems, methods offingering.
What a night, I said, what a night. The piano hammers its felt into stellar
space, a synonym for submersion. We don’t need to destroy the past: it’s
past. Shaken. Echoes on track. Depending on whether you are born deaf, a
sonata may be conceptual escape, absence of gesture, or a horse galloping
along horizontal evolutions. To spread, to resemble nature, to rush out
of sight. Lit-up overtones. Spontaneous anxiety. We dream forms of fire,
scorched fingers on the keys.