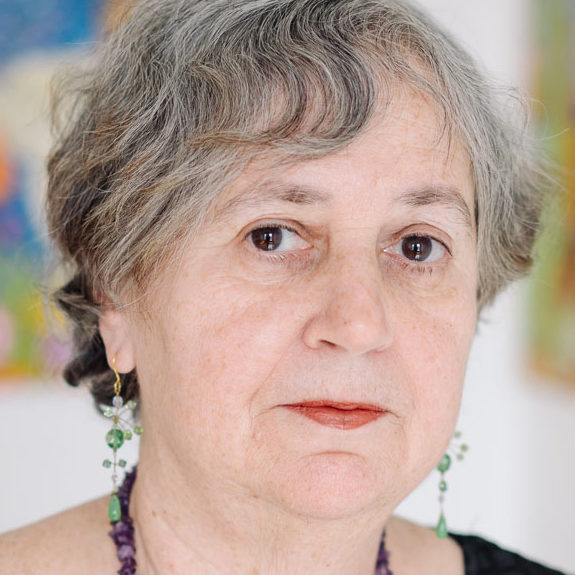 Susan Bee is an artist living in Brooklyn. She is represented by A.I.R. Gallery in NYC, where she has had nine solo shows. She has had solo shows at many other venues and her work has been included in many group shows. Bee has published sixteen artist’s books. She has collaborated with: Susan Howe, Charles Bernstein, Johanna Drucker, Regis Bonvicino, Jerome McGann, Rachel Levitsky, and Jerome Rothenberg. Bee was the coeditor of M/E/A/N/I/N/G from 1986-2016. Her artist’s book archive and the M/E/A/N/I/N/G archive are at the Beinecke Library, Yale University.

Bee’s artwork and artist’s books are in many public and private collections including the Metropolitan Museum of Art, Douglas F. Cooley Memorial Art Gallery at Reed College, Bibliotheque Nationale de France, Getty Museum, and the Victoria & Albert Museum. Her work has been reviewed in: Art in America, The New York Times, The New Yorker, ArtNews, The Brooklyn Rail, Artcritical, ArtSlant, The Forward, Huffington Post, Art Papers, and Hyperallergic.

She has a BA from Barnard College and a MA in Art from Hunter College. She received a Guggenheim Fellowship in Fine Arts in 2014 and has had fellowships at the MacDowell Colony, Virginia Center for the Creative Arts, and Yaddo.

Susan Bee has served as a member of the Board of Directors of Ether Sea Projects, Inc./ Litmus Press since 2013.